In 2002, Samuel Maina graduated from Beulah Heights University (BHU) in Georgia with a Bachelor of Arts in Urban Ministry and Public Policy/ Biblical Studies. Samuel moved from Georgia to California in September of 2010 with his wife, Lucy, and his four children, Job, Philip, Ruth and Abigail. Samuel began attending KICC San Bernardino in early 2011 and started serving in the media department within the same year. Samuel continues to serve and head the KICC Media Department. In addition to serving in the church, Samuel is a freelance Sound Engineer and Videographer. 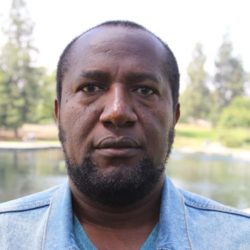 Head of the Media Department